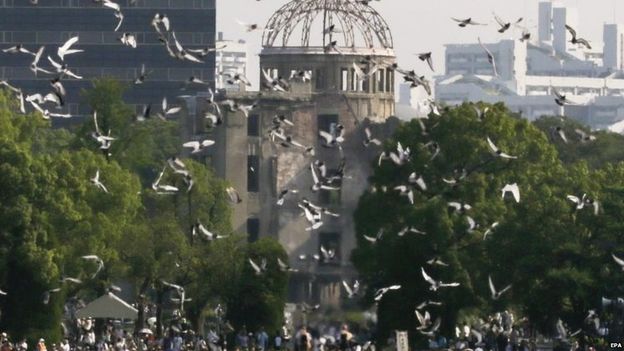 On August 6, 1946, the United States dropped an atomic bomb on Hiroshima, Japan, killing 80,000 people died immediately and thousands more in the aftermath. On that day, the world learned the devastating power of nuclear weaponry.

As we mark the 70th anniversary of that event, it’s worth reading (or rereading) Jon Hershey’s essay Hiroshima, published in the August 31st, 1946 issue of The New Yorker and digitally republished today.

The essay offers a way to look back on the shock of that event and to reflect on the still felt repercussions of that decision – on an individual scale and a global one. It is also an opportunity to consider the unprecedented rupture caused by the nuclear bomb as we imagine a world without the knowledge of that kind of destruction.

Story via The Verge | Image via BBC