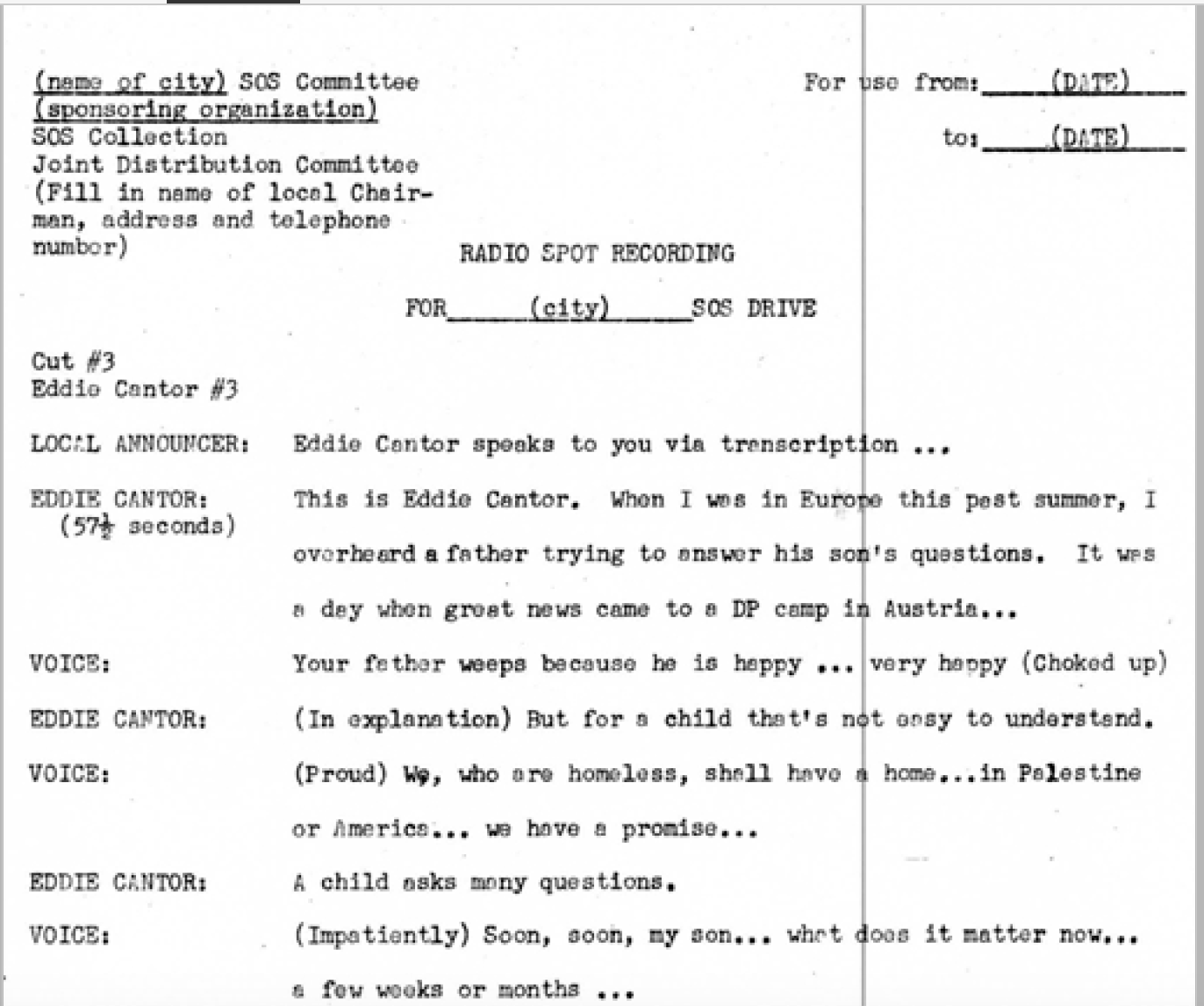 I’m honored to be featured on the JDC Archives Blog today. I have explored the depths of their collection for many years and am thrilled that they invested so heavily in digitizing the whole of their archival materials. It’s a public assertion of the need for thoughtful engagement with digital objects and I’m thrilled that they see my work as a model for employing digital archives in the classroom and in research.

It’s rewarding for me to think about the many strings of my work – including historical research, Digital Humanities projects, and the daily work of building a DH community and Digital Scholarship center at UCSC – as interconnected. I feel very lucky to build space for Digital Jewish Studies at UC Santa Cruz – work that is made possible because Jewish communal groups and archives have recognized the value of digitization. Engaging students and the Jewish community at large in the practice of working with primary sources invites them into the process of writing history.

But, mostly, I’m excited to hear the Eddie Cantor ad for SOS from 1948 linked in the article. I vividly remember the day I found a set of ad scripts for SOS in the JDC archive. Before the collection was digitized, I sat for days with a pile of microfilm reels reading reports, memos, and newsletters from the SOS project. Supplies for Overseas Survivors (SOS) collected canned food, clothing, and other goods for three years and sent them directly to Jews in Displaced Persons camps across Europe. The project activated Jews and non-Jews around the country in direct support for the surviving Jews of Europe and the extensive public campaign supported my argument that American Jews learned about the Holocaust through their participation in American Jewish philanthropy. The scripts written for Eddie Cantor, Dick Powell, and Henry Fonda were a particularly rich find as they revealed how JDC transformed the needs of survivors in Europe into appeal narratives for American donors.

Hearing Eddie Cantor, as we can do now, is a thrill. Cantor was a passionate advocate for survivors after the war. He led campaigns for JDC, Hadassah, and UJA. He lent his name and his voice to numerous radio broadcasts and brought his famous friends along.

As I listen to this appeal, I wonder where I can send cans of milk today and how the history of refugee aid – so strongly documented in the JDC archive – should inform our response to today’s refugee crisis.