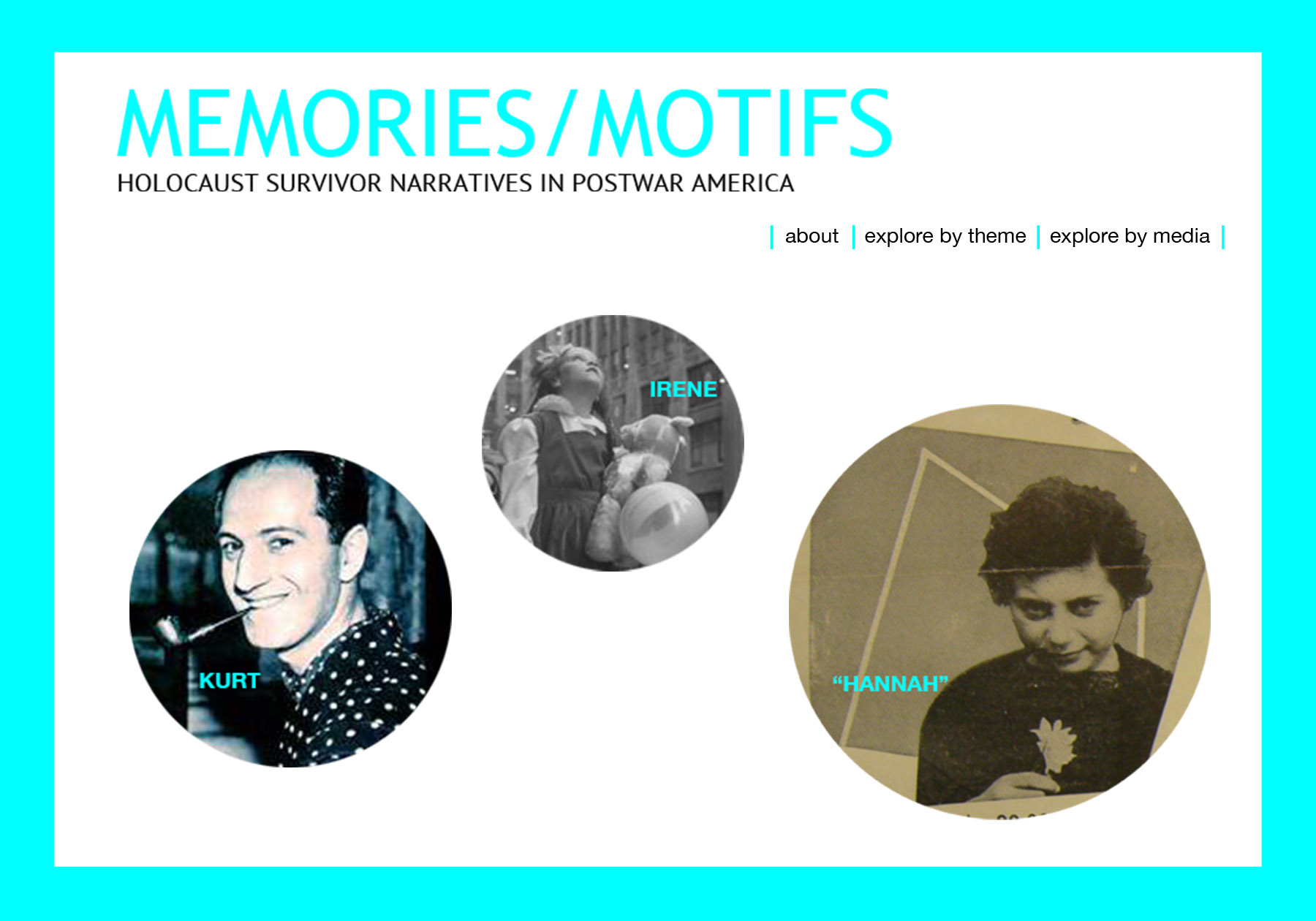 I’m thrilled that Memories/Motifs has been featured in the AJS News: Digital Humanities Issue. It’s an honor for the project to be listed as a Resource for Jewish Studies and I hope that scholars explore the site, offer comments, criticism, and suggestions for improvement.

I also hope that Jewish Studies folks will see the project and feel inspired to take up more digitally inflected work – not because it’s the trendy thing to do, but because using digital tools can help us articulate and visualize new forms of connections and arguments which can lead to new questions about the pasts we study.

Of course, I also hope that more attention on Memories/Motifs will help scholars recognize the postwar period as a moment of intense Holocaust memory construction and spark continued conversation about the longer history of Holocaust memory in America.