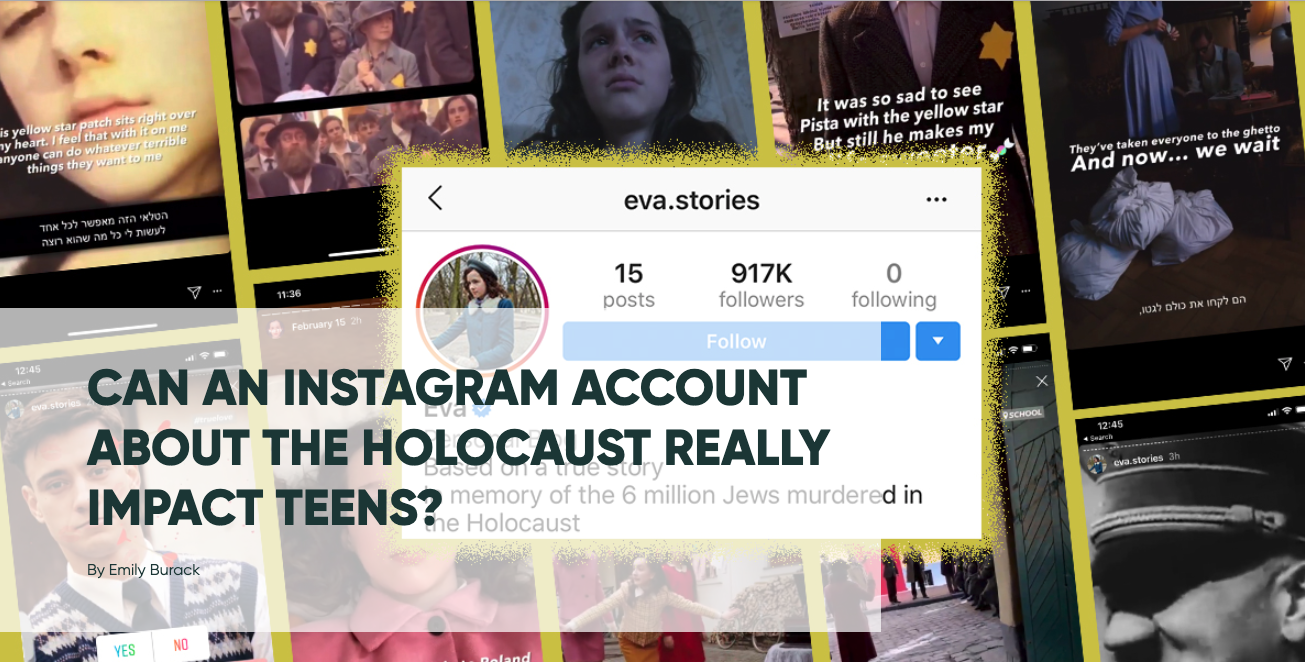 I was invited to share some thoughts for this Alma Magazine piece by Emily Burack about Eva.Stories, an Instagram account sharing produced stories based off the life of a real girl named Eva Heyman. The project tried to imagine what the Holocaust would have been like if the victims had Instagram.

The project was emotionally affective and used Instagram to effectively integrate the process of the Holocaust into your everyday life. As I’m quoted saying, “The placement of the stories between Instagram ads and celebrity photos makes the project more impactful. They’re like digital stolpersteins in your feed: You are forced to stop and contemplate the Holocaust while going about the everyday business of scrolling.”

That said, the project failed to take on so many realities of social media and used the platform instead as a video diary, something that performed Heyman’s diary rather than engaged with contemporary technological practices. We need to do more thinking, more work, more deep engagement not only with how technology might have changed the Holocaust, but how it is currently serving to document genocide and state sponsored violence around the world.