The last few months have been all about change. In May, I submitted my dissertation. In June, I received my PhD from UCLA. In July, Adam and I moved from LA to Santa Cruz, CA. Next week, I start a postdoc at UC Santa Cruz. After 7 years of graduate school and living in Los Angeles, a new adventure has begun.

As we started packing in June, I realized that I wanted to document what we were leaving.  The idea started by wanting to keep a record of the most ridiculous aspects of LA life: celebrity spotting, juice cleanses, hyper-local/organic/food culture, excessive gym going, etc. (All clichés. All somewhat awesome.).  So, I planned to instagram (yes, as a verb) my last month in LA and used the hashtag #30moredaysinLA to do so. 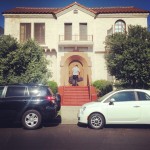 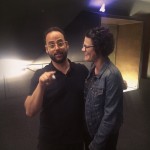 Things I learned pretty quickly upon starting this project:

1)   Taking generic “LA” pictures is not very interesting: Far away shots of tv/commercial celebrities are of no interest to anyone. And, in the long term, was that really what I would want to remember about my 7 years in LA?  It wasn’t. So, the project, instead, was about my last 30 days in LA – what I was doing, what I would miss, and what I loved about my life there.

2)   It’s not that easy to define a consistent Instagram “voice”: creating visually engaging and communicative photographs everyday was a challenge.  I had to focus on taking good pictures with my phone. Not pictures that reminded me where I parked or what books I wanted to buy, but composed shots that could document a moment, a feeling, an idea and convey that to a virtual audience. Pairing the visual image with a caption also took some thought. Did I want to be snarky? Did I want to be sincere? How could I be both?

3)   Sharing pictures of my life everyday dictated what I did each day: Some days, I took a picture of the boring thing I was really doing, like working or packing boxes. And, some days I relied on older pictures that spoke to something I really loved about LA. But, most days, I felt motivated to do things so that I could take a picture of it. On the one hand, I did things I had long been meaning to do, like stroll the Venice canals and hike at Topanga Canyon. On the other hand, I felt the pressure of making public a life that was more active and exciting than the one I normally lived (which generally consisted of shuttling back and forth between UCLA’s campus and neighborhood coffee shops).

4)   Some basic social media lessons: (1) People “like” pictures with people in them more than pictures without people. (2) If you take pictures of food, use lots of hashtags if you want get people you don’t know to “like” them. (3)  I am susceptible to craving “likes” and obsessing over them!  Why did people like some pictures and not others? Was it the time of day I posted? The nature of the caption? Even though this project was mostly for me, I was still concerned about what would be popular. This was compounded when I started sharing the posts on Facebook, where family members, childhood friends, long lost acquaintances, and friends of friends could also see, “like,” and comment. 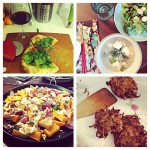 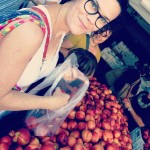 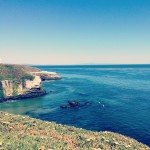 As a historian particularly concerned with memory, the whole experiment felt overly meta. I was creating, editing, captioning, and sharing pictures about my life as a way of curating my own LA memory.  By choosing the images that best conveyed what I wanted to remember, I elided moments of loneliness, sadness, and frustration. This should not have come as a surprise because this is fundamentally what social media does. We share the best versions of ourselves and our lives. But, it struck me, as I tried to encapsulate 30 things I loved about LA, how easy it is to construct memory not only for our social media “friends” but for ourselves.

Looking back through the hashtag now, I’m glad that I included mundane days as well as exciting days, and my favorite shots are the ones that evoke a complex emotional moment, many of which were prompted by the process of packing and moving. The picture of old CDs that reminded me of so many past musical moments is as provocative as the one of me dropping off my very last UCLA library book, which still (over 6 weeks later) prompts a complicated feeling of melancholy. By looking at the images as a whole collection, I also notice a few things I didn’t anticipate: like how often I wear the same outfit (black jeans, black t-shirt, jean jacket), how beautiful LA can be, and how absent the people that populated my LA life are from this record.

Thinking about the relationship between social media and the construction of both a public and private memory made the effort more exciting for me. And taking stock of what kind of memory it created makes me excited to try it again. So, I’m going to document the first 30 days of my new, post-graduate school, post-doctoral position. This time I hope to add a bit more text to some of the posts on this blog so that I can reflect on the new things I’m learning and the moments when my training as a historian is in tension with my new position in the library. But, already, this goal seems devoid of people, so let’s see if I can change my own impulse in memory making.