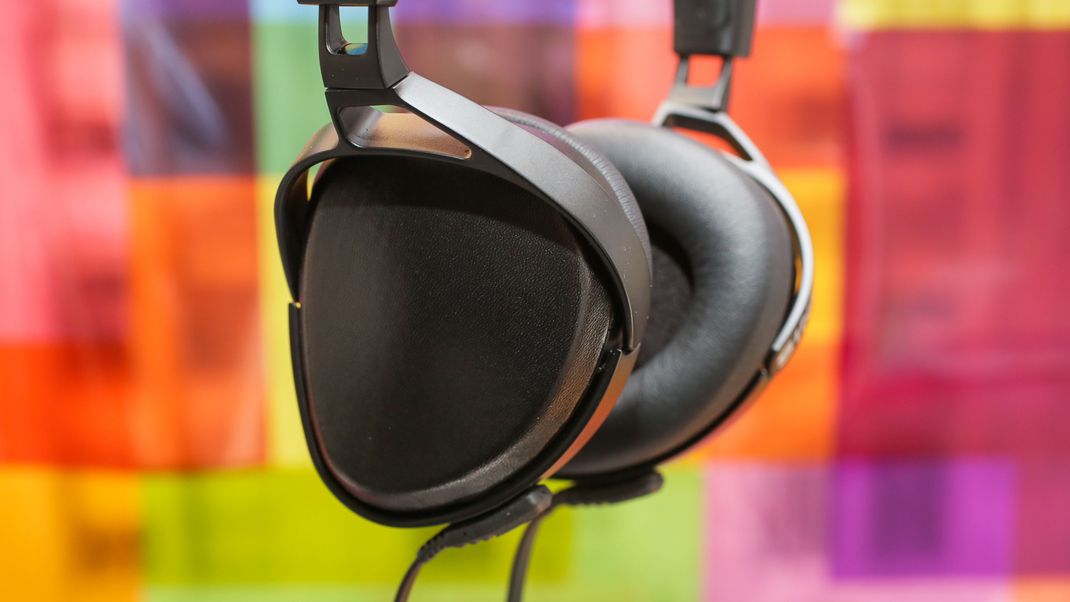 Today I was planning on sharing what I have been reading to learn and engage over the past 2 weeks. And, I believe strongly that a commitment to reading, listening and learning is a form of action. But, after yesterday’s shooting at the Capital Gazette, if feels even more important to publicly support the press. To stand up for a free, vibrant, and active press and recognize the bravery and consistent dedication of journalists. So, I’m donating to On the Media today and, through them, supporting WNYC. I am in awe of the journalists at the Capital Gazette that got their paper out in the wake of trauma and tragedy. Thank you to the journalists who continue to do their best and seek truth at an unprecedented pace. 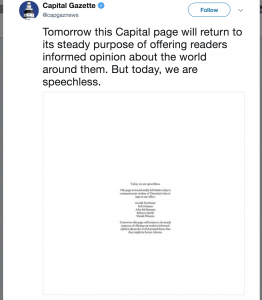 But, today, I am also reflecting on the way that my commitment to action has also been a commitment to re-engaging with the news and the issues at stake after a period of shying away from twitter. In an effort to safeguard my day to day mental energy for work and family and writing, I had minimized my news time. I was reading headlines, ignoring twitter completely, and opting to read the magazine instead of the A section when the NYT comes to our door (yes, we still subscribe to a newspaper!). But, no more. It is my responsibility to be aware and knowledgeable. It is on me to read beyond the headline, to better understand the context and consequences of policy decisions, supreme court rulings, political campaigns, and more.

Now, the more I read, the more I realize that what I was turning away not from the day to day anxieties of the news cycle, but was a sustained outrage; a consistent frustration, anger, and sadness. So, this post is to account for what was behind and a part of my actions over the past two weeks. Here is what I have been reading and listening to. How I have been learning more about the issues I feel most palpably at the moment. And, because I find it essential – also where I have found inspiration.

“A rapidly deployed critical data & visualization intervention in the USA’s 2018 “Zero Tolerance Policy” for asylum seekers at the US Ports of Entry and the humanitarian crisis that has followed.” This project is the best example of what Digital Humanities can and should be. Using digital skills and methods, a collaborative team of scholars, librarians, and PhD students, visualized the scope of immigration enforcement across the US. The top level takeaway: ICE is everywhere. Also, the border is everywhere. The act of exploring this map is one of revelation: how has the system of US immigration  been so pervasive without acknowledgement or attention? This was built in a week. I can’t even imagine the kinds of impact it will have as it grows.

Emily Dreyfus from Wired covered the project on June 25: “‘ICE is Everywhere’: Using Library Science to Map the Separation Crisis.” As Dreyfus notes, “The result of their week of frantic research is Torn Apart / Separados, an interactive web site that visualizes the vast apparatus of immigration enforcement in the US, and broadly maps the shelters where children can be housed. The name is meant to evoke not only the families who have been separated, but the way in which this sundering rips the social fabric of our country.” The article is also the best justification (not that it needs one) for Digital and Experimental Humanities.

MUST LISTEN! On the Media Podcast: Chaos Agents

I listened to this podcast episode to learn more about the “repatriation” of an estimated 1 million people of Mexican descent in the 1930s. I wasn’t familiar with this episode in history and was appalled (but not entirely surprised) to learn that 60 percent of the people deported were American Citizens – many of them children of immigrant parents. In the episode, Francisco Balderrama, a history and Chicano studies professor at California State University Los Angeles and the co-author of Decade of Betrayal: Mexican Repatriation in the 1930s, describes the rhetoric used to justify the unconstitutional deportations in the 1930s. The language used in the 1930s echoes calls for mass deportations in the US today.

But, I was moved by another part of the episode: a short interview with Dahlia Lithwick, writer for Slate and host of Amicus – a podcast about the Supreme Court. Two things she’s said have stuck in my head since. First, she criticized social media for being a place for where people feel the illusion of action – we click like and feel the illusion of action. Here, I disagree. I think sharing our thoughts and our actions with our own networks is important. It is how we assert our priorities publicly. It is how we can rally our communities and find people who share our concerns. Certainly, we must act beyond social media. We must find ways to enact our values and our social commitments in the real – not the virtual – world. But, we should not write off social media as “arm chair activism.” We should, instead, remember the work of previous generations to host salon style fundraisers and to engage their networks, neighbors, families in the work of organizations. We have moved this work online and we have created virtual space for these connections. But it is no less real and valid. Can we do more to look outside our own echo chambers? Yes. Should we aim to engage in dialogue instead of diatribe? Yes. Can we approach social media platforms as spaces for this hard work? Yes. We should and we must.

Second, she said, “I look at my kids and I think, they just cannot, cannot grow up in the world where people are hearing a president say that we are infested  with immigrants. So yes, I am so poorly constructed for this, but I think I gotta do it anyway.” This is exactly how I feel and exactly what is motivating this small little #30daysofaction project. I have to do something. And, if I’m not constructed for it, I have to try anyway.

Jamelle Bouie talks to Andrea Pitzer,  author of One Long Night: A Global History of Concentration Camps. Pitzer offers necessary context for the debate about whether and how we can compare detention centers on the US/Mexican border to concentration camps. Recognizing that concentration camps have a global history offers a more comprehensive approach to comparison. In other words, Pitzer offers the essential intervention: Auschwitz, and in fact the entire Nazi system of concentration and extermination camps, are no the only model for state detention.

Bouie and Pitzer also discuss the rhetoric around detention centers and the justification to hold people without trial. This interview is a model for understanding the importance of history and how we approach historical analogues to our contemporary moment.

“The Korematsu ruling, an exceedingly rare modern example in which the court explicitly upheld government discrimination against an entire category of people based upon a trait like race or ethnicity, traced back to the early days after Japan attacked Pearl Harbor and the United States entered World War II…Years later, as World War II receded and the civil rights movement unfolded, that policy — and the Supreme Court ruling upholding it — became widely seen as wrong. In 1982, a congressional commission called the policy a “grave injustice” that stemmed from “race prejudice, war hysteria and a failure of political leadership.” In a concurrence, the government said “the decision in Korematsu lies overruled in the court of history.””

More historians weighing in on the Trump moment: “Perhaps even more surprisingly, the reluctance of the American state to fully embrace global human rights is mirrored in contemporary civil society. Most of the major American social movements of the last decade—among them the Occupy protests, the Fair Immigration Movement, the Fight for $15, the Marriage Equality Movement, and Black Lives Matter—took primary inspiration from alternative political and moral lexicons. In their challenges to the mounting chasm in wealth and income between the top one percent of Americans and the rest, the mass incarceration of African Americans, escalating detentions and deportations of immigrants, and growing racial disparities in policing, education, and income, these movements could have turned to the language of the Universal Declaration of Human Rights and its promises of universal guarantees to economic and social rights, to free movement, and to live without racial and gender discrimination. Even though at times they have made rhetorical gestures to the lexicon of human rights, their energies and tactics on the ground have operated largely around a domestic space in which structural arguments about economics and race at home are more believable than oppositional political discourses that draw on global human rights norms and practices.”

Aryeh Cohen, “On Humanity and the Rule of Law”

And, the words and commitment of those who have been fighting this battle for so long. There is no time for despair. 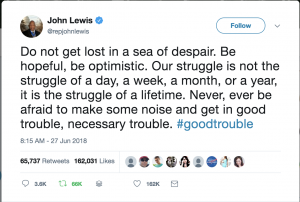