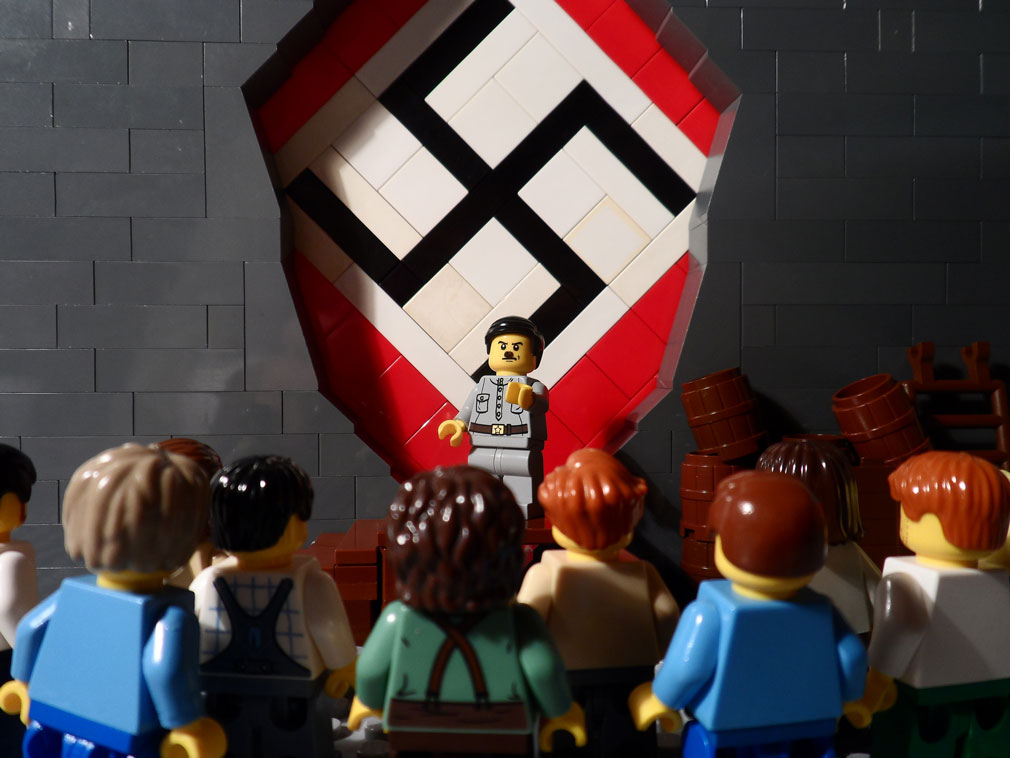 In response to a school assignment to illustrate events of the Holocaust, John Denno, a 16-year-old student in Liverpool, UK, built a timeline of key historical events out of LEGOs.

The association of LEGOs as toy meant for play seems to challenge our assumptions about how we should think about, learn, and understand the Holocaust – evidenced by the title of the clickbait article on pixable.com: “The Most Controversial LEGO Creation Ever: Holocaust Timeline Scenes.”

Despite the past 2 decades of scholarly debate about the Limits of Holocaust Representation – it seems that the popular version of this conversation continues. And, the ubiquity and playfulness of LEGOs seems to evoke the limits of this concern.

Yet, Denno’s comments, quoted in Pixable and picked up by Haaretz suggest that the pedagogy was successful. Denno said of building 15 historical scenes from 1933 – 1945:

The biggest thing I realized about the Holocaust through making this project is just how long the persecution went on. From 1933 Jews slowly lost all their rights until they were being murdered in their thousands. – John Denno

Read the rest at http://memoriesmotifs.tumblr.com/