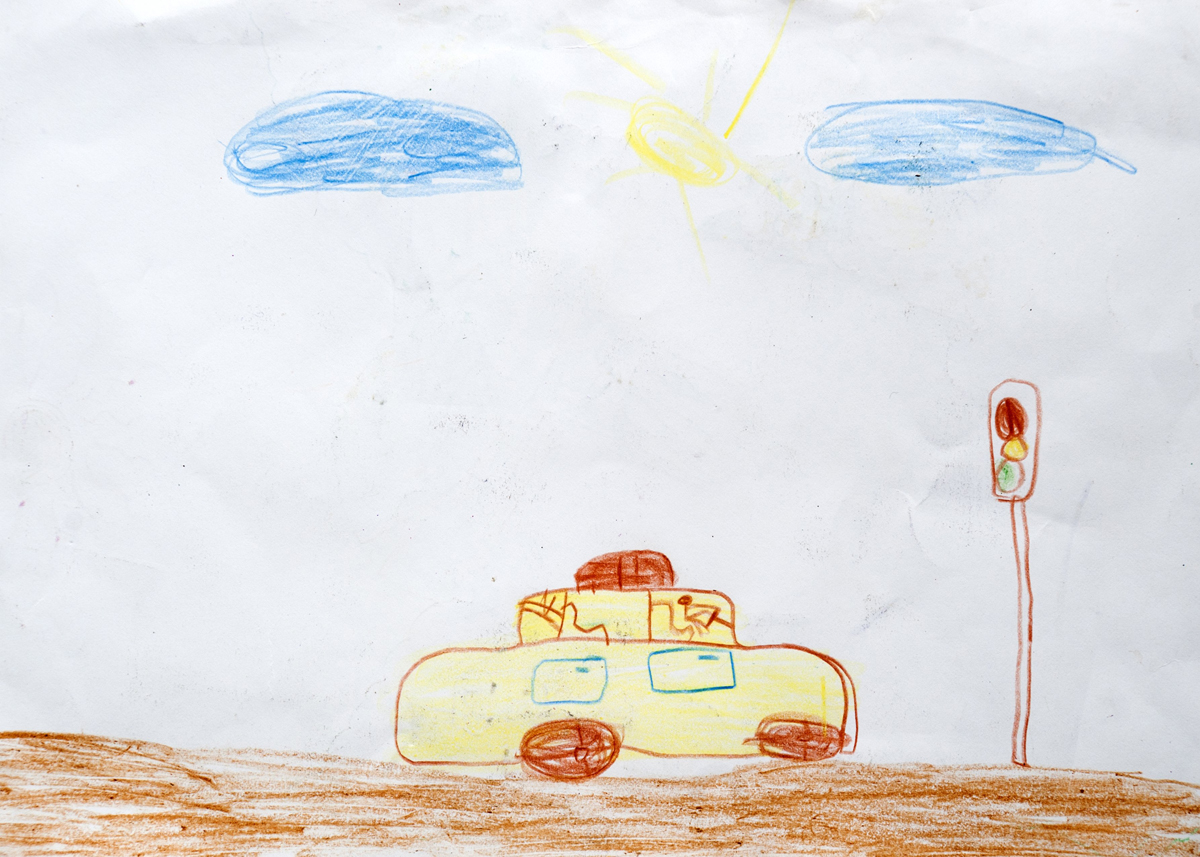 DRAWING BY Ehsan, 10, from Afghanistan. His drawing “is in the future. My father works. The car is yellow since it’s a cab. That’s the cab my father will drive in Austria,” he says.

Children among the hundreds of asylum seekers crammed into a bleak passageway under Budapest’s Keleti train station, the scene of migrant protests, draw to pass the time before their families travel on­—if the Hungarian authorities allow it—to the richer countries of Northern and Western Europe to settle. With markers, crayons and colored pencils donated by volunteers, they work quietly in small groups, squatting or sitting on the ground.

Their pictures show homes left behind, the often horrible experiences they endured and some of their dreams of a better, peaceful future.

These images so naturally evoke another set of children’s drawings made at a time of violence, uncertainty, and desperation. The children’s drawings from Terezin, now housed at the Jewish Museum of Prague, and collected in, I Never Saw Another Butterfly, similarly reflect memories of violence with dreams of peace.

These images have served as documents of life in the Terezin Ghetto and symbols of innocence lost over the last 70 years. They have also acted as hopeful reminders that even in the darkest of times, our dreams and imagination can help us escape the horror and sustain our sense of humanity.

Hopefully the children’s drawings from the Budapest Train station, shared around the world by the Wall Street Journal, will inspire individuals and governments around the world to alleviate the ongoing refugee crisis across Europe and the Middle East. Hopefully these images will mark a moment of changing policy rather than one of lost hope.